Hello again and welcome back! I hope that this blog finds you well and safe amid this pandemic. Today I am going to talk about someone who I could find very little information on, however she made a great impact amid Holocaust survivors and their following generations.

Aracy Moebius de Carvalho Guimaraes Rosa was born in Rio Negro, Brazil in 1908 to her German mother. There is very little known about her life, we find her in 1935 living in Sao Paulo and separated from her first husband and their child. I believe at this time she was already working for the Brazilian consulate, as in 1936 she was transferred to the consulate in Hamburg, Germany. 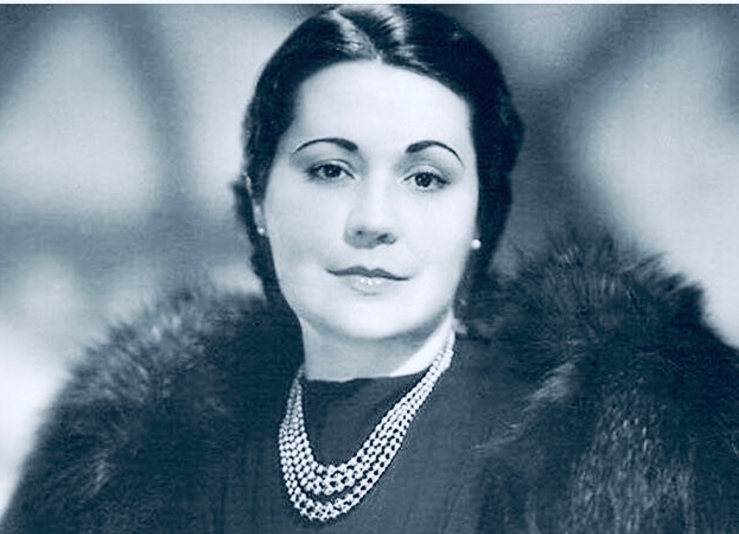 Aracy possessed movie star looks and a gift for languages. She spoke her native Portuguese, German, from her mother, English and French. Which would make her a valuable asset to any diplomatic core.

1938 was a big year for Aracy. While working at the consulate she met the assistant consul, Joao Guimaraes Rosa, they would marry in 1938. He would become famous in his own right as a writer for his masterpiece “Grande Sertao: Veredes”.

Aracy was head of the passport division of the Brazilian consulate. At the time, Brazilian president Getulio Vargas, limited the number of Jews allowed into Brazil. While the consul in Hamburg, Joaquim Antonio refused to issue visas to Jews at all. When Kristallnacht came on 9 November 1938, Aracy decided that she needed to act.

She knew members of the underground and was in close contact with them, she began to issue Brazilian passports to Jews without the Nazi mandated red J on them, designating them a Jews. She would circulate the passports to the underground, who would in turn get them to Jews trying to flee. For risking her life and defying her countries president and consul, she became known as the Angel of Hamburg.

8 July 1982 Aracy was inducted into Yad Vashem as Righteous Among the Nations for her work. She is one of only two Brazilians to be inducted, the other being diplomat Luiz Martens de Souza Dantas.

Aracy died 28 February 2011 at the age of 102. She died of natural causes, with Alzheimer’s. She has left a legacy of what courage looks like for us to follow. The courage to defy one’s own government and leaders in order to do what is right.

Now, more than ever we need to do what is right. We need to help each other. Support each other and be there for each other. We are living in strange times my friends, and we need each other to be kind to one another.

I hope that you have found strength and courage in the actions of Aracy and that you will share this with your friends and family. Until next time, stay safe and stay well.