Whenever I think back to how I got into writing and researching the Holocaust, I think back to Barry Spanjaard (my first blog). He was the first survivor I ever met and the one thing that still stands out today, to me, is that after all he and his family had gone through, he had no hatred towards Germany or the German people. He never spoke of hating anyone. Actually, he spoke of how damaging hate can be to a person, to a people and to a civilization. Hate does far more damage than we can actually imagine.

So, for this week’s blog, I looked at people I have learned about and I saw one that stood out to me because of what she did after the war and her name was Margit Meissner (Morawetz).

Born 26 February 1922 in Innsbruck, Austria to well to do parents, Gottlieb and Lilly. Her father was a banker and came from an orthodox Jewish family, while her mother who was from Vienna came from a family of assimilated Jews. Both of her parents had been well educated and could speak a number of languages, including Czech, English, French and German.

Margit was the youngest of four and the only girl. Her three older brothers were Felix, Paul and Bruno. When Margit was just an infant the family moved to Prague for her fathers’ work. Sadly, in 1932 her father died of an embolism and left the children to be raised by their mother and governess.

By 1934, at the age of twelve, Margit and her friends start to notice the rise in anti-Semitism in western and central Europe. When Austria capitulates to Germany in 1938, violence against Jews has risen high enough that Margit is sent to Paris to attend school and learn dressmaking. 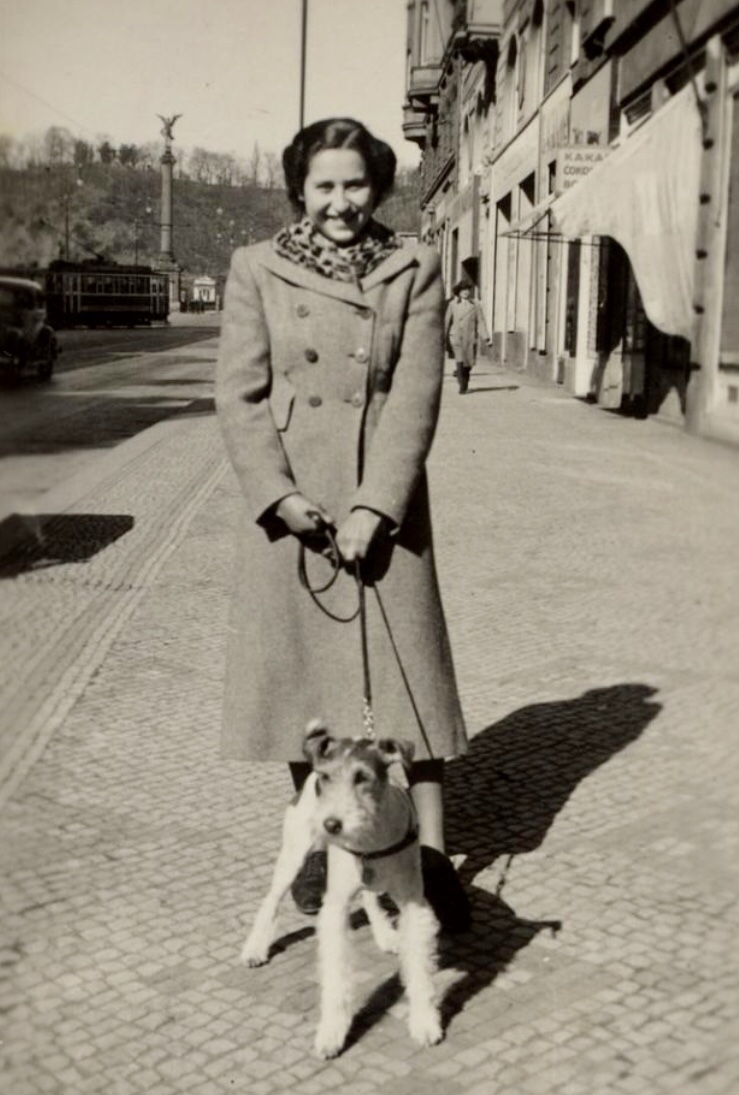 In May of 1940 Margit’s mother, Lilly, who by this time is also living in France with her daughter, receives an order to report for transport to a concentration camp. Margit must find a way to get them both out of France.

Margit decided to buy a bicycle. She rides twenty miles to the city of Etampes to find that her mother has been caught and taken to the Camp de Gurs, a detention facility near the Spanish border.

At this time Margit has decided that she must leave school in order to help her mother. She buys a train ticket to the city of Salies-de-Bearn, which is near Gurs and where she also has some friends. When France surrenders to Germany in June of 1940 a midst the confusion of the government changes over, Lilly escapes from the camp and joins Margit in Salies-de-Bearn. The two manage to flee France by going through Marseilles, fleeing into Spain and onto Portugal, where they flee to New York City where one of Margit’s brothers lives.

After the war Margit meets and marries Otmar, they will divorce in 1953. But together they travel extensively and Margit works with the German Youth Authority re-educating Hitler Youth.

Her second husband, Frank Meissner, and Margit met in Argentina where Margit was living and working as a dress designer and elementary school teacher. They eventually settle in Bethesda, Maryland and raise two children Paul and Anne. And become strong supporters of Ben-Gurion University.

Frank passed away in 1990. However, in 2003 Margit publishes  .  It is Anne’s learning disabilities that inspire Margit works with special needs children and inspires her to get her master’s degree in Special Education at age 65!

Through out her life Margit worked as a non-violence advocate, the U.S. Holocaust Memorial Museum and attended the Nuremburg Trials.

Even though Margit left us on 8 July 2019 in Bethesda, she left a legacy of non-violence and peace for us to follow. I hope that more and more people follow the example of so many Holocaust survivors like Margit and find a peaceful way to settle our differences.

I hope that you have enjoyed learning about this fascinating woman and take her life lessons with you out in this world of confusion. I firmly believe that love and goodness still exist, sometimes its just a little hard to find. I hope you all have a wonderful week and we will see you again soon!

Please consider becoming a follower of this blog, you’ll never miss an update! And feel free to share it with your friends, family, students, etc. who may also enjoy it. Thanks!

3 thoughts on “The Woman Who Worked to Change the World”