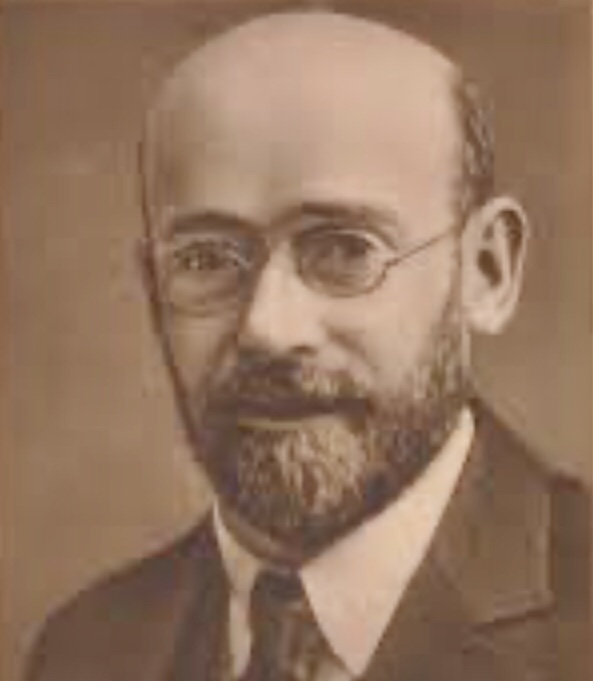 I am always looking for stories of everyday people who did extraordinary things during the Holocaust. There is no shortage of these stories, for so many people stepped up to meet the challenge of hatred and aggression head on. It is encouraging to see the good that people are capable of doing when they decide to take a risk. This story is about a man who risked it all for the most vulnerable of us all, children. His name was Janusz Korczak.

Janusz was born 7 July 1878 as Henryk Goldszmit, in Warsaw, Poland. He was born into a family of assimilated Jews. His father, a lawyer, died in 1896 leaving young Janusz as the sole breadwinner for the family. He would be supporting his mother, sister and grandmother.

In 1898 he entered a literary contest and this would be the first time that he used his pen name of Janusz Korczak. He had taken the name from the book Janusz Korczak and the Pretty Sword Sweeper Lady by Jozef Ignancy Kraszewski. Between the years of 1898-1904 he studied medicine (pediatrics was his specialty) as the University of Warsaw, while writing for Polish newspapers and working in a children’s hospital.

During the Russo-Japanese War of 1904-1905 and into 1906 he worked as a military doctor, but became aware that teaching was the best way to have more influence on the future. And in 1908 he joined the Orphan Aid Society. It is here in 1910 that he meets Steffania Wilczynska, known as Steffa, who becomes his greatest ally and confidant.

Along with Steffa, he creates the Dom Sierrut, an orphanage for Jewish children in Warsaw in which becomes it’s director by 1912. He appointed Steffa Deputy Director and house mother to 100 children. This was no ordinary orphanage, it was more of a “republic for children”, as it had its own small parliament, law court, newspaper and allowed him to reduce some of his duties as a doctor. 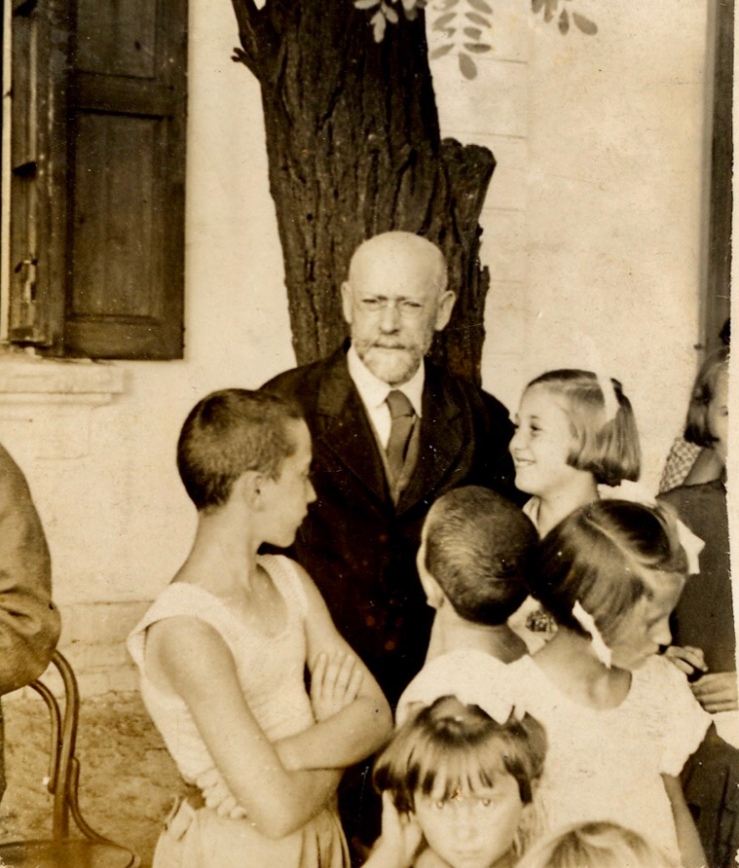 When WWI strikes and into the Polish-Soviet war of 1919-1920, he finds himself, yet again as a military doctor. However, this time he achieves the rank of major. In 1926 he starts a Jewish children’s newspaper called the Maly Przeglad (the Small Review). And it is during this time that he begins to write books, the first two are: King Matt the First and How to Love a Child. They bring him literary attention, popularity and readership. It is the success of the books that helps him launch into radio in the 1930’s with his own program that is heard widely throughout Poland. Unfortunately, due to a rise in anti-Semitism, the radio program is shut down.

Janusz begins to see the signs of anti-Semitism and in 1934 and 1936 he travels to Palestine under the British Mandate. He spends time living in the kibbutz, Ein Harrod and in time decides to emigrate to Palestine. In 1939 he met with Yitzhak Gruenbaum, a member of the Jewish agency and begins to discuss his plans to emigrate to Palestine with him. Sadly, war erupts in Poland in September of 1939 where he was living. He creates a new plan, to volunteer for the Polish Army however he is denied for being too old and goes back to the orphanage. When the Nazi’s force the Jews of Poland to wear a white armband with a blue Star of David, Janusz refuses to wear it. He wears, instead, his Polish officers’ uniform, knowing that it could cause him issues with the Nazi occupiers.

Not long afterward in November of 1940 the Nazis created the Warsaw ghetto. They forced Janusz and Steffa to move the orphanage into the ghetto. Janusz was offered shelter multiple times on the “Aryan side”, but always declined it instead choosing to stay with the children and Steffa. He refused to abandon the children. Their biggest fears inside the ghetto was having enough food to feed the children, as well as medicine for those that had become sick. He would go door to door and beg for food and medicine for the children, despite his own failing health and personal problems. He always put the children first. While living in the ghetto, he kept a journal of notes, memories and observations. It would survive the war and be published in Poland in 1958.

The sad day arrived on 5 August 1942 when Janusz, Steffa, twelve staff members and 200 hundred children were placed on a transport train bound for Treblinka, where they would be gassed. 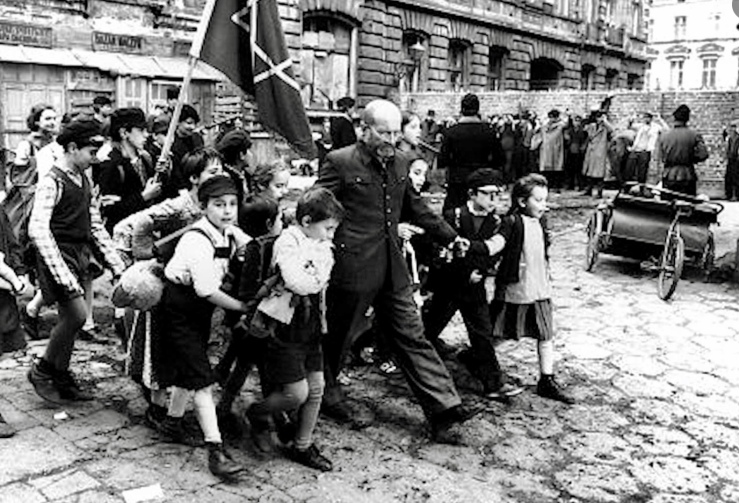 Janusz Korczak had many chances to save his own life, but he risked it all for the children he had taken responsibility for. During his lifetime he published over twenty books. His books dealt with children and their rights and their experiences in the adult world, some of them included:

The ideas that Janusz wrote about concerning children and their rights in the world and the adult world would go on to be included in the UNESCO Charter for Children’s Rights After War. That is a very powerful legacy to leave the world.

Janusz Korczak left the world a better place than he found it because of his writings and the risk he took to save children, our future. I hope that each and every day we all find something that scares us and dares us to take a risk, and when that happens, I hope we take that risk and leave this world just a little better than when we found it.

I look forward to seeing you again soon. I hope that you have found inspiration in Janusz’s story and that you share his story with those you know via social media or email. You can sign up below to become a follower of this blog, and that way you will never miss a new story. Until next time, best wishes to all.