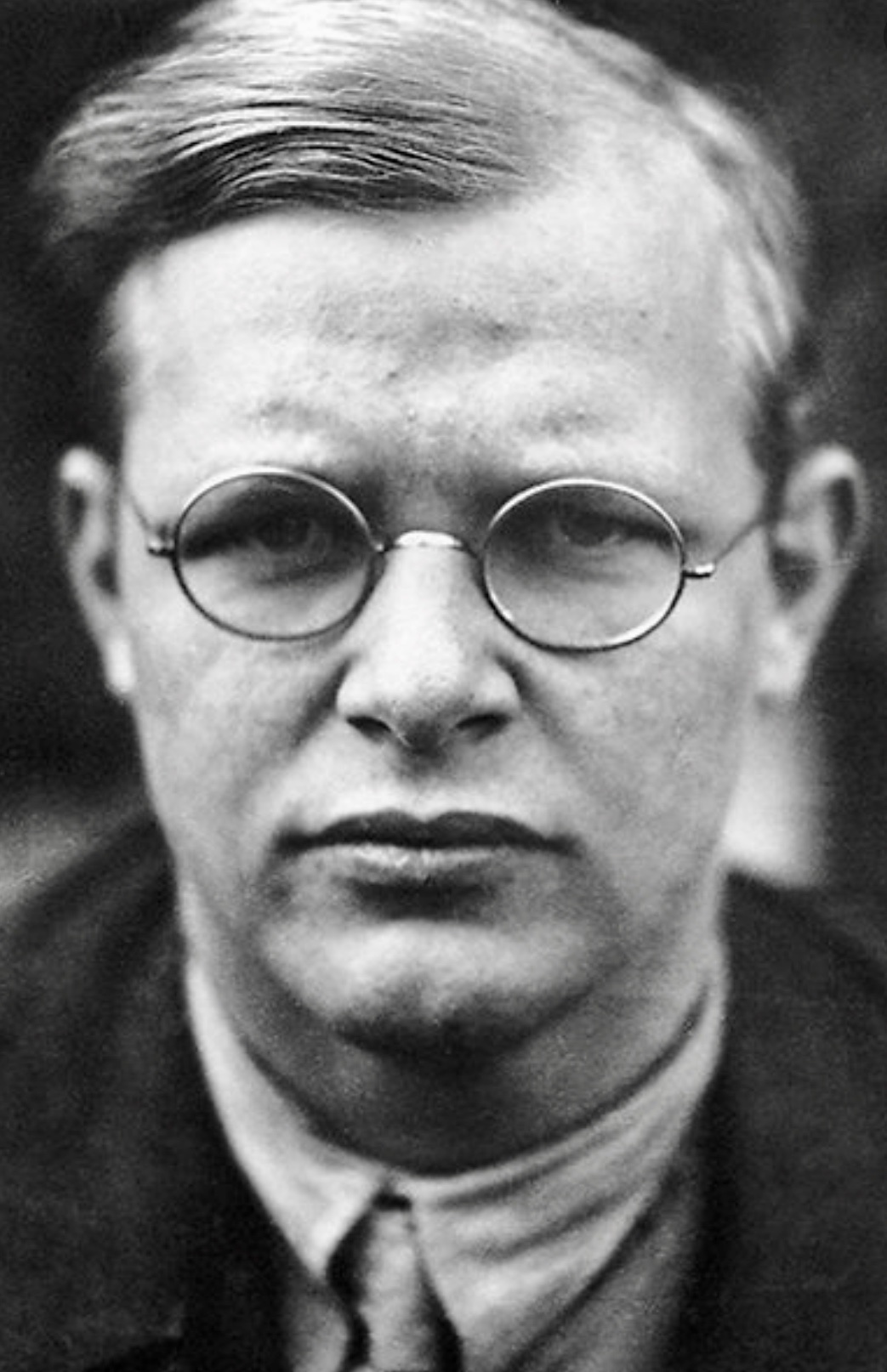 Many people have heard of the man I am going write about today, but not many know his back story, so I would like you all to meet Dietrich Bonhoeffer.

Dietrich Bonhoeffer was the sixth child of Karl and Paula Bonhoeffer. He was born 4 February 1906 in Breslau, Germany. His father was a professor of psychiatry and neurology at the University of Berlin, he was one of the most outspoken and top-ranking professionals to speak out against Hitlers T4 program that was started in 1939. (See my archives for Aktion T4: Euthanasia, Killing of the Innocents posted 5 February 2019.) So, young Dietrich was exposed at an early age to new ideas and ways of thought.

Dietrich studied theology from 1923-1927 at both the University of Berlin and the University of Tubingen. He was very keen on the new “Theology of Revelation” by Karl Bath, who was one of his many influences, that also included Adolf von Harnack (a prominent German theologian and historian) and Reinhold Seeberg (also a prominent theologian and professor of theology at the University of Berlin). From 1928-1929 Dietrich served as an assistant pastor to a small group of German speaking churches in Barcelona, Spain. His 1930 doctoral thesis was called Communion of Saints in which he worked to combine a sociological and theological understanding of the church.

Between his doctoral thesis and returning to Germany in 1931, he spent a year as an exchange student in New York at the Union Theological Seminary.

By 1933 he had become very outspoken against Nazi doctrine, especially its targeting of the Jews and its racial laws. By now, he was working for the Confessing Church, an off shoot of the state church that had become part of the Nazi party. The state church, German Evangelical Church, formed in 1933 by German Christians, recognized Hitler’s power and tolerated Nazi laws, policies and doctrine.

For a short time, he worked (1933-1935) in London, pastoring small German congregations, by the time he returned to Germany again in 1935, those churches had become Confessing churches as well, leaving the German Evangelical Church to the Nazis. The Confessing Church was not recognized as an “official” church by Nazi leaders, as they failed to recognize Nazi rule. They aimed to follow the Bible and the teachings of the apostles, not the anti-Semitic Nazi party.

While in London, Dietrich wrote and published an essay entitled The Church and The Jewish Question. It outlined the issues facing the church under the Nazis, stated that Nazism was a bastard form of government and had to be opposed on Christian grounds. The essay also listed three stages of opposition to Nazism:

The essay shows Dietrich’s early and strong opposition to the Nazi party and its doctrines. However, the essay also included traditional anti-Semitic views of the Christian church, based on its lack of knowledge on the practice of Judaism. Dietrich believed that the “Jewish question” would solve itself as Jews converted to Christianity. He never left this view.

September 1937 saw the closure of the Confessing Church school in Finkenwalde by the Gestapo. Dietrich had been an instructor here for awhile prior to its closure. He then spent part of his time from 1937-1939 traveling throughout Germany, visiting his students and teaching them in secret, as most were working illegally in small churches.

In January 1938 Dietrich was banned from Berlin by the Gestapo, due to his outspokenness against Hitler and his policies. Two years later in September 1940 he was banned from public speaking. Despite being banned from Berlin, he snuck into Berlin to see for himself the damage and death caused during Kristallnacht in November 1938. Even though some of his students saw it as the price the Jews had to pay for the death of Jesus, Dietrich called it “sheer violence” and Nazism’s “Godless face”.

Dietrich learned of the German resistance to Nazism in 1938 from his brother in law, Hans von Dohnanyi, who was married to his older sister Christel. Hans by this time was working for the Justice Ministry and was one of Nazism’s earliest opponents within the government.

In 1939 Dietrich returned to New York to teach at Union Seminary for a while, but eventually returned to Germany. In October 1940, Hans used his connections to keep Dietrich out of military service and found him a job inside the office of Military Intelligence, this just happened to be where the vast number of resistance members work. The office is under the command of Admiral Wilhelm Canaris, originally a supporter of Hitlers, but he had turned against him in 1939. Canaris is quoted as saying “I only did my duty to my country when I tried to oppose the criminal folly of Hitler”.

While working for the office, Dietrich made several trips outside the Reich in 1941 and 1942 into Italy, Switzerland and the Scandinavian countries. These trips were to help rally the resistance against Hitler and to inform Geneva and the Vatican what was going on inside Germany and the resistance.

When the first transport of Berlin Jews left on 15 October 1941, Dietrich and Friedrich Perels, a Confessing Church lawyer, wrote a letter describing the deportations in detail, copies of this letter went to foreign contacts and trusted German military officials, hoping that they would do something. Dietrich started to work with Operation Seven, a plan to get Jews out of Germany. They would help them find the funds to pay the exorbitant exit fees charged by the Nazis, that would allow them to emigrate to another country. In less than two years the Gestapo learned of Operation Seven and arrested Dietrich and Hans in April 1943.

Dietrich is charged with:

However, when on 20 July 1944 Operation Valkyrie failed, the Gestapo learned that Dietrich and Hans also have ties to this plot as well. Dietrich is moved to a Gestapo prison in Berlin.

February 1945 saw Dietrich moved to Buchenwald and within a couple of months, he is moved again to Flossenberg concentration camp in April 1945, where he, his brother Klaus Bonhoeffer and his brothers in law Hans von Dohnanyi and Rudiger Schleicher were hanged on 9 April 1945, just days before the US Army liberated the camp on 23 April 1945.

Dietrich Bonhoeffer was a man who stood up for what he believed in and he paid the ultimate price with his life. He was not willing to stand idly by and watch as his countrymen tortured, murdered, raped and deported millions of their Jewish countrymen. He stood up and told his congregations and anyone who would listen “this is wrong”. I see so many similarities between then and now and I see good men and women who are doing exactly what he did, they are standing up and saying “this is wrong” and I applaud them. They deserve all of our admiration, as no one should ever be punished because they believe something different than you.

Well, until next time I hope that you have enjoyed learning about Dietrich and that he has inspired you to speak up. Please share is story with your friends and family via email, social media, share the web page, print the story, etc., just keep these stories from ever being silenced. See you again in two weeks!