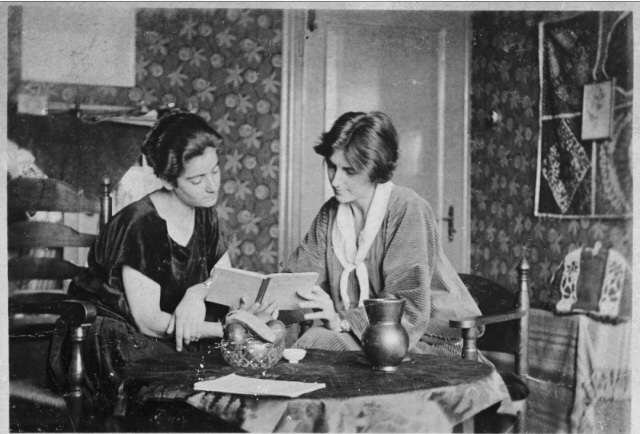 Let me start by saying “thank you” to all those who wished me a speedy recovery and to all those who checked out my archives while I was gone for this past month. I am fully recovered now. I had my gallbladder taken out, there were a couple of setbacks, but all is well again and I am back to share with you the stories of WWII and the Holocaust.

If we stop and really think about the world around us, those we know and don’t know, we would find so much more than we were looking for. In todays world there are movements all around us, some you may agree with and some you may not, but what we have to understand is that these people are fighting for the same rights that you already enjoy. LGBTQ people just want to be able to marry and live a happy life with the person they love. Women’s movements want the same pay as a man doing the same job and they want to be able to live their lives without the constant fear of sexual harassment and/or abuse. These lists of movements could go on for the rest of this blog, however I want you to meet someone who will change the way you view the world and I hope that it is for a more open and tolerant world, one filled with love and not hate.

Frieda Belinfante was born in Amsterdam on May 10, 1904. Her father, Aron Belinfante, was Jewish. Her mother, was a gentile. Her father was a music teacher and a concert pianist, so music filled the Belinfante home. Frieda came from a long line of Sephardic Jews that were talented musicians.

By the age of ten, Frieda was playing the cello. At the young age of seventeen, she made her professional debut at Kleine Zaal Recital Hall of the Concertgebouw (a famous recital hall in Amsterdam). Frieda was incredibly talented and gifted in music. She studied the cello in Paris and began directing high school, college and professional chamber music ensembles.

She began her conducting career in Amsterdam in the 1930’s. She took first place in a conducting class taught by Hermann Scherchen (famous and very influential German conductor), in which she beat twelve men for the title. She conducted 6-8 formal concerts a year and was the first woman in Europe to be the artistic director and coordinator of the Het Klein Orkest (a chamber orchestra) that she was invited to form in 1937 by the managers of the Concertgebouw musical hall.

Frieda had a long-term relationship with famous Dutch composer and pianist, Henriette Bosmans. Even though Frieda married briefly in 1931, to a man who pursued her relentlessly, including threating to kill himself with a pistol if she did not marry him, it is no wonder the marriage did not last. However, Frieda and Henriette maintained a seven-year relationship, even living together at one point.

Frieda was a prominent lesbian, she did not hide her sexual orientation from those around her, she was close to Willem Arondeus, an openly gay Dutch artist and author. It is Arondeus that introduced Frieda to the Dutch underground resistance movement.

The War Comes to Amsterdam

In 1943 the war is raging across Europe and in each country, resistance groups have sprung up to fight the Nazi invasion. In the Netherlands there was the Raad van Verzt (Resistance Council) in which Willem is a leader.

When asked why she joined the resistance Frieda said “I thought the law was wrong…So, I took the law into my hands and changed it”. Frieda was a target for the Nazi’s for two reason, she was half Jewish and she was a lesbian.

Where ever the Nazi’s came in, they created a registry office that contained the lists of all the Jews in the area. These lists were used to round up Jews and ship them off to concentration camps, it was also where identities could be verified. By this time Frieda, Willem and other members of the Resistance Council had begun creating forged identity cards to help Jews escape the Nazis. The only place that could confirm or deny an identity was the registry office and the Resistance Council had other plans for it.

On March 27, 1943 the Resistance Council blew up the Amsterdam registry office. Willem had set a firebomb in the office, thus burning and destroying all the records of identities in Amsterdam. Frieda was not allowed to go on this mission because “I was a girl”. Willem was a caught a few days later and killed by the Nazi’s.

Frieda evaded the Gestapo by dressing as a man. She got her haircut short, wore suits and lived as a man for three months, April-June 1943. She was so convincing as a man, that when she passed her own mother on the street, her mother didn’t recognize her.

Frieda knew that the Gestapo would be looking for her, she was a lesbian, she was Jewish and she was in the resistance. She knew that if they caught her, they would surely execute her. She and a male companion fled across the borders, first into Belgium and then into France. Eventually they crossed into Switzerland.

They were captured shortly after they arrived in Switzerland by the Swiss authorities. Her male companion was sent back to the Netherlands as the Swiss were not accepting single men refugees. He remained on Frieda’s conscience for many years, she felt that she could have saved him if she had told the Swiss that they were married. As it was, Frieda was only given refugee status because her former instructor, Henrich Scherchen, was already in Switzerland and he could confirm that she was a Dutch citizen.

Frieda was sent to Montreux to work as a farm laborer until the war ended. During her time there, there were whispers behind her back about her sexuality and the whispers soon became rumor. After the war ended, she was repatriated back the to the Netherlands where she lived until 1947.

When she returned to the Netherlands, Frieda felt that the people had forgotten those who fought for their freedom from fascist and in 1947 she emigrated to the United States. In 1948 she moved to Laguna Beach, California where she taught cello and conducting at UCLA. In August of 1954 she led an ensemble of Hollywood studio musicians at the Irvine Bowl, that would grow into the Orange County Philharmonic.

In 1999 a documentary on Frieda’s life was produced called But I Was A Girl. Frieda had passed away in 1995 in Santa Fe, New Mexico.

In the documentary Frieda says “I don’t understand people that can only live for themselves. I can’t understand it. Where do you get your happiness? There must be somebody who needs help. There always is.”

Frieda’s life serves as an example to us all of what one person can do to better the lives of those around them. For Frieda it didn’t matter that she was a girl, that she was a lesbian, or that she was part Jewish. What did matter was that when she saw something wrong in the world, she worked to fix it. And that is what we must all do. We must work together to make this a better world for each and everyone of us, not just the ones who look like us, talk like us or think like us, but for EVERYONE.

Until next time! I hope that you have been touched by this story and that it inspires you to do better and be better. Please share it via social media, email, print, etc. I will be back soon with another truly amazing story.